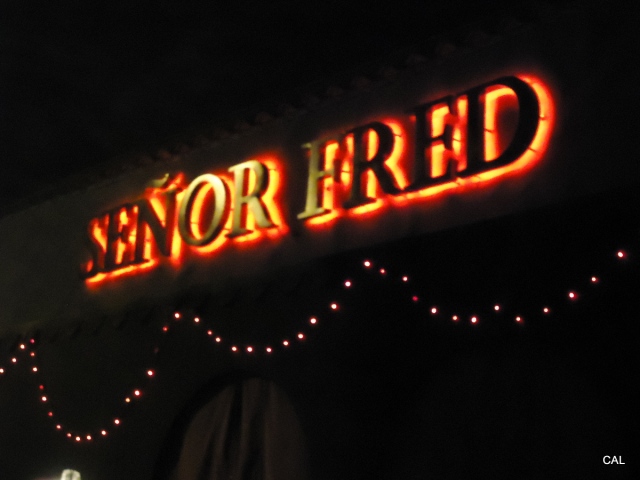 With the Christmas season and our Carmel getaway behind me, one last important celebratory holiday milestone to go – New Year’s Eve. My boyfriend and I decided to keep it very low key this year, with an intimate dinner at Señor Fred Restaurant in Sherman Oaks; followed by a casual movie night at home with a Martinelli’s Apple Cider toast at midnight.

Señor Fred offers a perfect dark sexy ambiance, balanced with delectable Mexican cuisine. Since it was New Year’s Eve, the expectation was that every restaurant in town was going to be pretty packed. God bless Open Table! We put in for an 8:00pm reservation and when I called the restaurant to check to see if they were only serving a prix-fixe menu or if patrons could order from the regular menu as well, I was less than enthused by the guy who answered the phone. He wasn’t rude exactly, but told me that he thought he had blocked off all Open Table reservations during the 8 o’clock hour, so that people entering after 9:00pm would be charged the $10 cover for the night.

I almost wanted to cancel my reservation altogether when he told me that as long as we were done between 9:30pm-10:00pm it should be fine. While this seemed like plenty of time to finish our meal, the fact that he even communicated a time limit made me nervous. The idea of being rushed to accommodate the fact that he screwed up with the reservation system should not have even come up in the conversation.  Bottom line: that was between him, Señor Fred, and Opentable.com.

While Señor Fred certainly didn’t make the best first impression, or second for that matter when there was a slight mix-up in where to seat us, by the third impression – once the chips and guacamole came out, Señor Fred had begun to redeem himself. From there, the night went flawlessly (minus some service issues from a seemingly distracted, but pleasant waiter).

I went with the Grilled Salmon infused with Mexican flair served in a roasted chile cilantro sauce, over sweet corn, shrimp picadillos and mashed potatoes. For dessert, I splurged on the Chanpurrado con Churros (translation: churros served with Mexican Hot Chocolate). Fabulous! 🙂

Needless to say, this gal was more than impressed with the food and the ambiance for her last meal of 2012; but service, service, service always brings the dining experience to absolute perfection. Senor Fred can cook, but he seriously needs some help on his people skills. 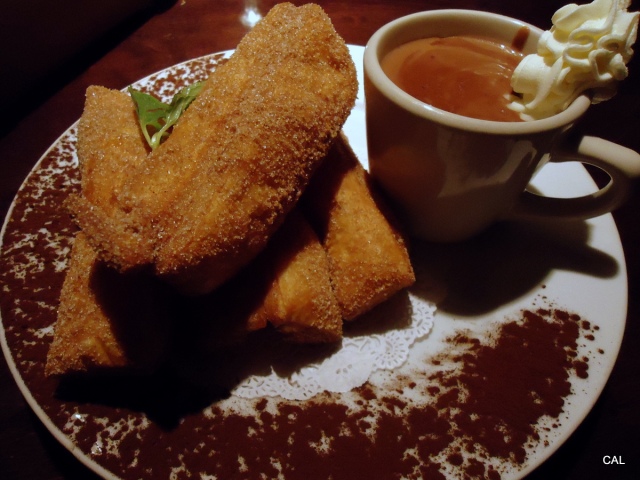