What: Journey of a Dress

Where: Wilshire May Company Building

You know someone has made their mark in the world when you refer to them with just three single letters. Without question, Diane von Furstenberg, is and will leave this world, a fashion legend.

Once, a real life princess in the early 70s wanted to be more than just someone’s glamorous wife and decided to start a fashion career shortly after marrying a real life prince. Unlike most fairy-tales filled with princes and princesses, theirs wasn’t a happy ending. Luckily, this isn’t the end of her story. In fact, it was just the beginning.

DVF’s claim to fame came in 1974 when creatively taking an everyday piece of clothing, the woman’s dress, and revamping its design to harmonize with the changing of times for the then modern-day female.

It was the wrap dress. A cotton jersey knit, drip-dry dress that typically hit just above the knee, conveniently wrapped in front and tied ever-so-chicly at the waist. It came in vibrant colors and eclectic patterns. It signified independence, playfulness, sophistication, confidence, and sexual liberation – while catering to practicality, comfort, and femininity.

{The tag that started it all.}

Women no longer needed their significant others to help them in or out of dresses that had tricky buttons or hard to reach zippers down the back. They could easily dress (or undress) themselves in no time at all. DVF’s ever popular design worn by millions, could easily take a woman from the rigors of the boardroom to a night out on the town. In effect, the 1st generation wrap dress revolutionized fashion and womanhood during the frenetic energy that was the 1970s.

DVF thew it a big 40th birthday bash and invited us all to the party.

Thus, the phenomenal exhibition, Journey of a Dress.

Just adjacent to the Los Angeles County Museum of Art (LACMA), resides the historic May Company Building on the corner of Wilshire and Fairfax Boulevard. Once home to one of the finest department stores on the legendary Miracle Mile in Los Angeles, the Art Deco inspired building is now an LA landmark due to its streamline moderne architectural design. The building itself is nostalgic to fine retail, high fashion, conservation, and permanence in Los Angeles culture. Most appropriately, it’s the site for our “Journey of a Dress.”

The moment you walk into the space, you realize very quickly that the theme and intention of the exhibition is to remain true to the spirit of her iconic wrap dresses. The ambience is fun, feminine, and vibrant.

The first gallery pulsates with upbeat music, bright pink walls, neon writing, and her famous signature chain link dress print creatively used as treatment on the floor. Picture after picture of Ms. DVF herself and the impact of her dress across fashion, film, politics, and the everyday woman is showcased in a visually enthralling timeline format. 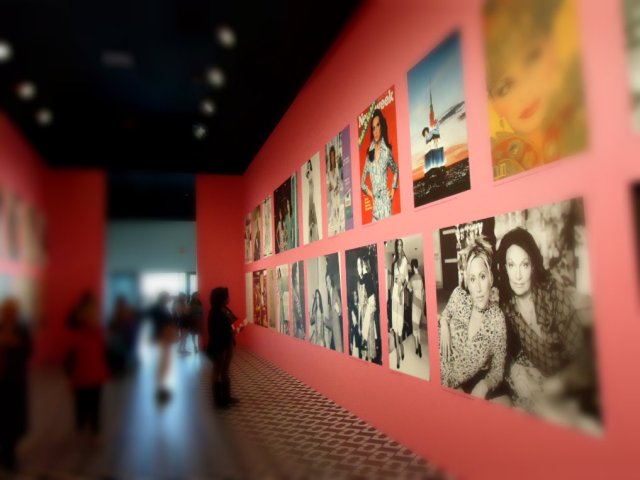 As you take in the large photos of everyone from Cybill Sheperd in Taxi Driver in 1976, to Michelle Obama on current political business, each donning the wrap dress as they move through their endeavors, you grasp the lingering impact of what really is just a simple idea. From Studio 54 to the White House, the wrap dress, which epitomized versatility in design, was and is versatility itself. And though it’s turning 40, the age where women might start to feel less than youthful, the wrap dress is proving to be otherwise. It’s proving to be timeless.

{Madonna, Michelle Obama, Penelope Cruz among others to rock the iconic wrap-dress.}

Suddenly, you’re in the next gallery. The music a touch louder, the floors (and now walls) all covered in DVF’s vibrant signature dress prints.

And then, there they are – hundreds of mannequins inside a large spacious showroom, decked in all things DVF over her incredible career. Vintage wrap dresses, contemporary wrap dresses, special collection/anniversary items, and jumpsuits surround you, treating your eyes to a fashion feast and the ultimate closet. 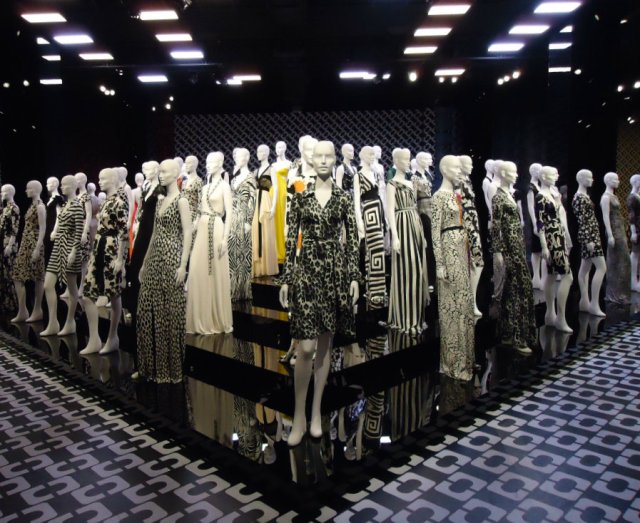 {Five of my favorite looks from the collection.}

Of course, it’s not over yet. The exhibition also makes it a point to take a moment to reflect on the woman herself in a section just off the main galleries that is more calm, intimate, and modern in atmosphere. The final gallery finds you enveloped around stark white walls filled with portraits, where legends of the art world take center stage: paintings of DVF by Andy Warhol, photographs of our heroine by Peter Lindbergh and Annie Leibovitz to name a few. There’s such a sense of history to the work that graces the walls in various forms of artistic expression and it’s quite fascinating to see how each artist captures the spirit of the exact same woman in different phases of her life. 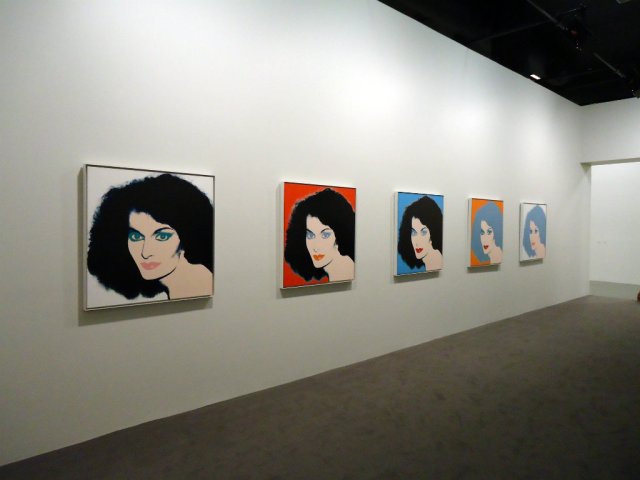 While the exhibition celebrates the “Journey of a Dress,” it’s really also a salute to a woman who somehow managed to one-up herself. What might have been thought to be the end of the fairy tale once the princess leaves her prince, turns into a testament of how the (now former) princess did even better. She built an empire estimated at $1.2 billion, eventually found a new prince, and re-wrote her fairy tale.

It’s quite inspiring to see, experience, and celebrate DVF’s achievements up-close and personal through the Journey of a Dress exhibition. And though the perks were likely nice, it’s also beyond inspiring to see what a strong-willed, confident, and creative woman can do when she’s no longer a just a princess, but a woman with a vision. It’s almost as if the show is really about the “Journey of an Icon.”

The exhibition runs until May 1st.

It’s one hell of a party. Make sure you RSVP. 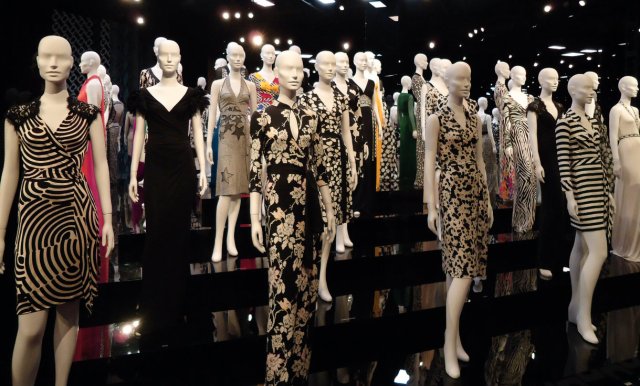 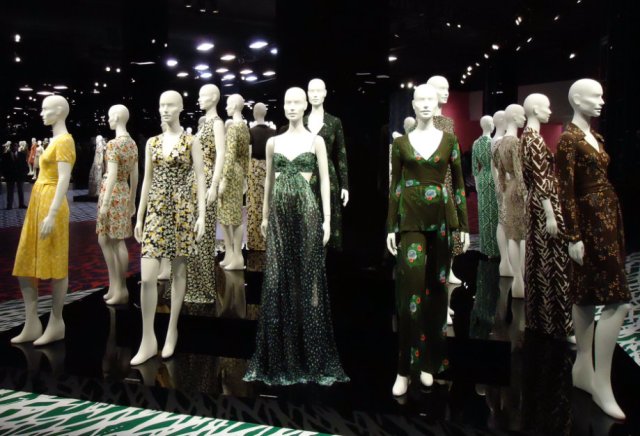 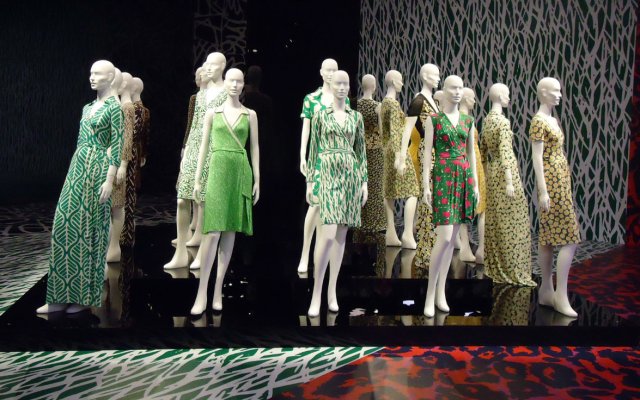 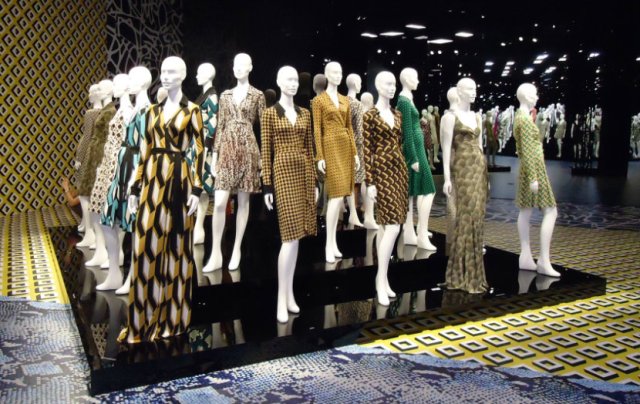 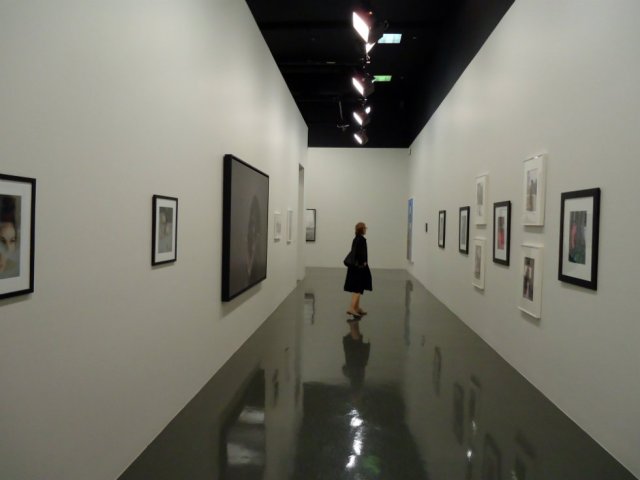 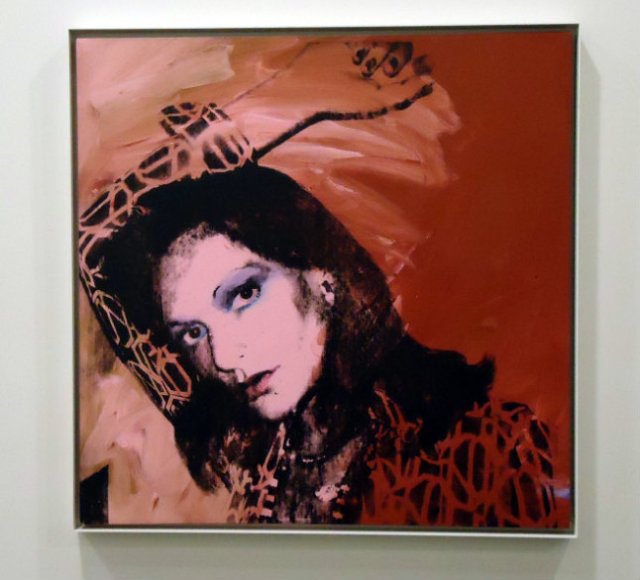 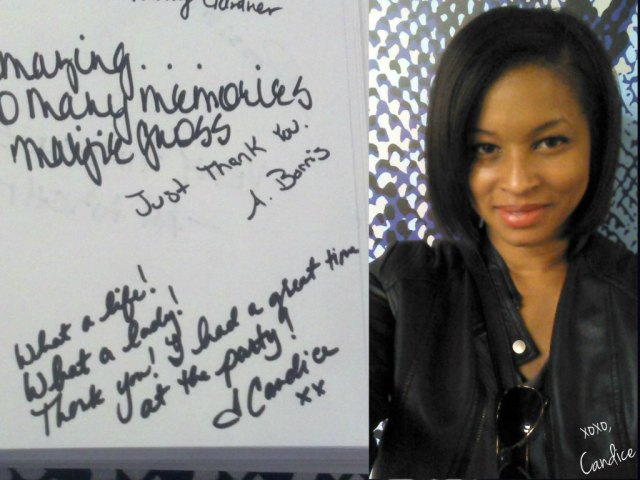 {Signing off, but not before signing the guest book. Good times!}

One thought on “Journey of a Dress: From Princess to Fashion Legend”