Admittedly, I didn’t watch the Emmys this past Monday night. It certainly didn’t help that my Facebook newsfeed went crazy as the winners were announced well before the west coast broadcast anyway. (Gotta love that 3-hour delay.)

I am somewhat proud to gloat that I did the right thing and went to yoga class as planned. (It’s much more likely I’d be closer to channeling some of the best bodies in Hollywood by working out rather than sitting on the couch watching them with takeout on my lap, right?)

I did, however, make it a point to keep an eye on the red carpet. So the next day over my morning latte, I went about the business of catching up on all things Emmy fashion.

Overall, I was rather underwhelmed during my “research.” I’m sure if someone had a camera on me as I sifted through hundreds of pictures – you’d have seen quite a few actual frowns.

There was a lot of white on our starlets this year, which is always a hard color to pull off, but a few ladies got it right. I also felt that some dresses might have looked fan-tab-ulous in person, but didn’t photograph well – something that I hope any decent stylist would keep in mind when working with a celeb. (Who cares if it’s cute, when it doesn’t work well on camera!?!)

In the past I’ve usually called out both my fashion hits and misses (read: why did you leave the house looking like that?) in posts such as these, but in the spirit of keeping things positive I’ll forgo the latter. I’m sure those poor ladies already got an earful from every media outlet in the world and I often wonder if those who clearly exude an “I don’t give a crap attitude” do it for the coverage. As the saying goes, there’s no such thing as bad publicity – even when you’re on the worst dressed list.

As usual, when thinking about my favorites of the night, I went for total package glamour. This meant not only a show-stopping gown, but impeccable hair, make-up, and accessories. There’s nothing worse than a gorgeous dress with terrible styling. These ladies nailed it…and clearly gave a crap. 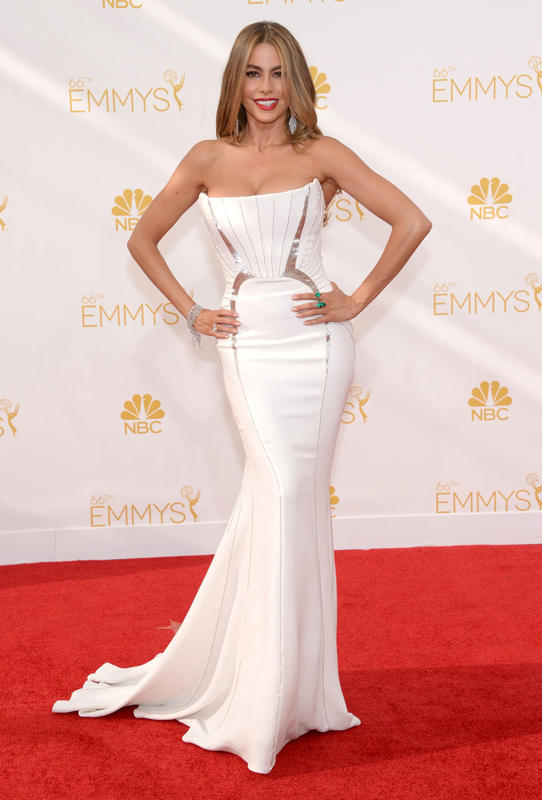 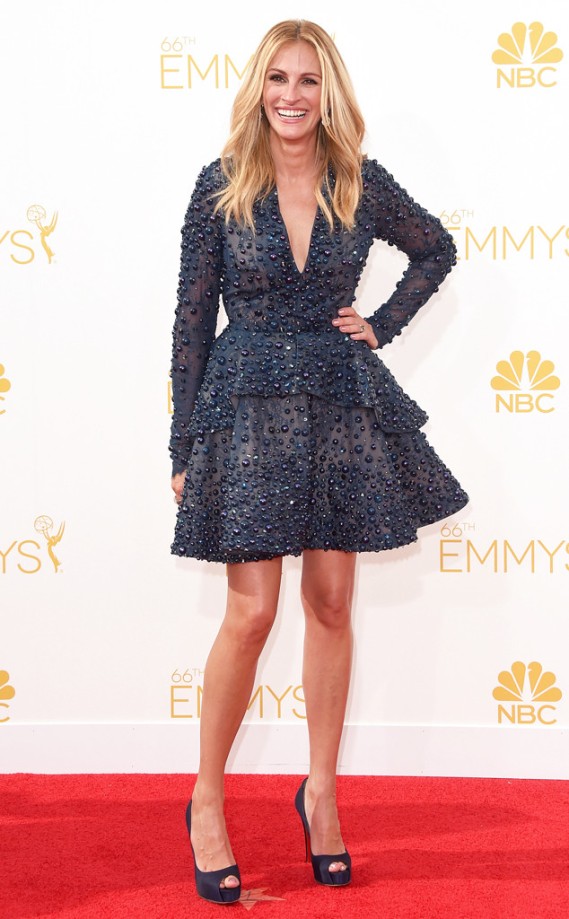 (This woman is 48 YEARS OLD!?! She gets better and better. Nailed it!)

**Disclaimer: Since it’s obvious I wasn’t at this year’s ceremonies snapping high res photos, all photo sources are noted below: