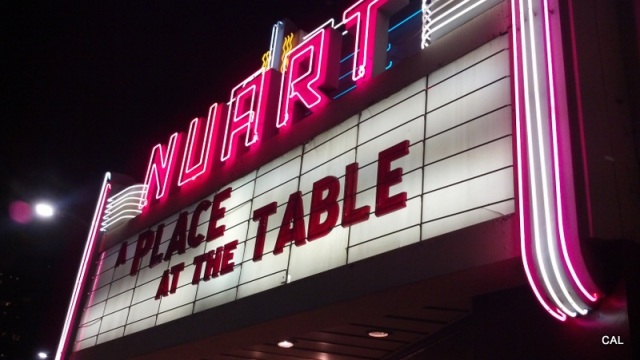 Film: A Place at the Table

I learned something earlier this week that once I really internalized it became completely bewildered then saddened. Apparently, the fact that I can walk into any major grocery store in Los Angeles, California and readily purchase an abundance and plentiful selection of fresh fruits and vegetables is a privilege. Yes, a privilege. And not compared to what one might think in an unfortunate, but obvious third world country sense; but compared to neighboring states in the United States of America. 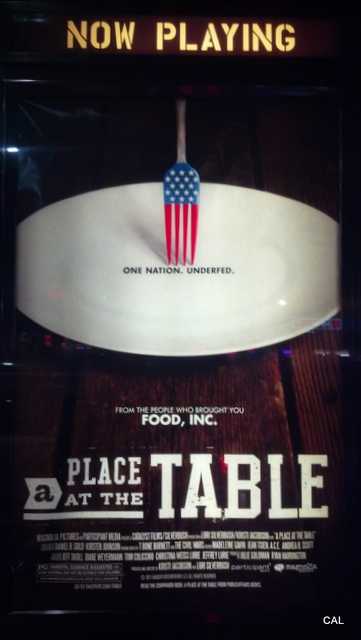 Directors Kristi Jacobson and Lori Silverbush take a bleak look at hunger in arguably the wealthiest country in the world in their documentary, A Place at the Table. “Food insecurity” or the consistent condition of not knowing where your next meal comes from affects nearly 50 million Americans currently. As told through the eyes of seemingly “normal looking” people you might pass on the street, I really comprehended the efficacy in the statement that everyone has a story, everyone has a struggle, and this struggle is wildly affecting our youth.

Did I know that people go hungry in this country? Yes, of course I did. Did I know that a large number of people that deal with food insecurity many times have full-time employment, yet cannot feed their families due to poor wages and the harsh economic climate? Sadly, yes. Did I know that people who live in lower socioeconomic parts of this country have to drive upwards of 30 miles round trip to even access fresh produce because it’s not readily available at their local grocery store (even if you live in an urban populated city?). Not fully. Did I know and truly understand the correlation that while Mississippi has the highest rates of obesity in this country, it also has the highest hunger rate? No.

This is the power of documentary film making.

The film delves into the cause and effect of food insecurity, while linking this growing problem to largely financial, social, and political connotations. This exploration ranges from families that don’t readily live in moderately affluent areas, and therefore, don’t have easy access to healthy food options; to how funding for food assistance programs is being cut at many levels by the Federal Government; to the increase of food banks and charity work to assist the hungry; to how education and political awareness is the answer.

The takeaway from this well-executed and enlightening film is that there is more than enough resources to feed every single person in this country. In fact, America encountered a similar problem 4 decades ago and with the aid of the Federal Government, found concrete solutions to hunger. It’s time to make the underfed our priority again. I would venture to say that the common person (like myself) knows about American hunger, but does not fathom the depth of the issue.

What I take for granted walking into any grocery store, others lack in basic resource. The next time I head for the produce section, I will surely do so with equal parts gratitude and disgust that every American cannot access the sweetness of a strawberry, or the crisp crunch of a bed of lettuce to make a salad.

Please see their website if you’d like to join in on being the change. I encourage everyone to see this moving yet disturbing film. It will surely spark conversation.