Unlike some years, I’ll remember fondly how I kicked-off 2015…and that’s in-style. Literally. While most likely spent January 1st curled up on the couch nursing their New Year’s Eve hang-over, we found our way through the easily maneuverable LA streets to the Academy of Motion Picture Arts and Sciences new home on Wilshire Boulevard. Currently inside the historic Wilshire May Company Building, resides a tribute to Hollywood history. The caveat is that this history is told through fabric and shoes, handbags and hats.

Hollywood Costume creates the rare opportunity of introducing movie-lovers to the iconic wardrobe worn by some of the most legendary actors to ever grace the big screen. The exhibition highlights over 150 costumes spanning the Golden Age of Cinema (the late 1920s) to the present day. Its aim is not only to allow the costumes themselves to step out of the screen and into the general public, but to further acquaint fiction with reality by inviting an up-close and personal look at those behind these emblematic looks, the costume designer.

The exhibition’s message is clear: without costume designers and what they bring to the table, one of the most pivotal aspects to the cinematic process is valueless. Costumes encourage character development, create a sense of time and place, and most importantly, drive the narrative. Ultimately, without the right look an “actor” is just “an actor,” but with the right attire, an “actor” becomes someone we see as a character, separate from the movie star on-screen. This is why we see Indiana Jones, and not Harrison Ford; why we see Batman, and not Christian Bale; and why we see Dorothy Gale, not Judy Garland.

Like the characteristics of Hollywood itself, the exhibition expressively features a dramatic, and moody approach. Dim, yet strategic lighting showcases the glitz of a dress or the cut of a suit. The room instantly encourages viewers to travel back in time, to when you first met these pieces on-camera. The treat here is not only seeing wardrobe that’s instantly recognizable, but absorbing the words and video interviews of those personally involved with building the looks, reminiscing over how and what it took to create these iconic movie characters.

It’s hard to capture the breadth of what’s contained in the exhibition in words. Unfortunately, photography is not allowed inside the galleries. I shot the exteriors, but the following images are courtesy of The Academy to give you a taste of what’s inside:

{A special tribute to the range characters played by the incomparable Meryl Streep. Looks from The Iron Lady, It’s Complicated, Mamma Mia, and Out of Africa.}

Needless to say, it was an unforgettable way to spend my first afternoon of 2015. Nearly three hours later, we emerged, filled with a rich and renewed appreciation for costume design. It’s pretty astounding when you think about how much clothing impacts a film and your memory of it. I don’t necessarily recollect every aspect of a film, but can instantly be transported to that world (or a time in my life) when seeing even a short clip of a sweeping camera movement over an iconic costume.

Hollywood Costume does a phenomenal job of curating and combining my two favorite “F” words: film and fashion. It salutes and elevates key players and key moments in the art of cinema.

Just a note that if you plan to visit Hollywood Costume, that it is a timed exhibition. This means that guests are admitted into the presentation at designated time slots on specific days to prevent over-crowding. It’s encouraged that you buy your tickets in advance on-line. (Hint: use promo code “MayCo” for a special discount).

Get there quick…you won’t regret it! 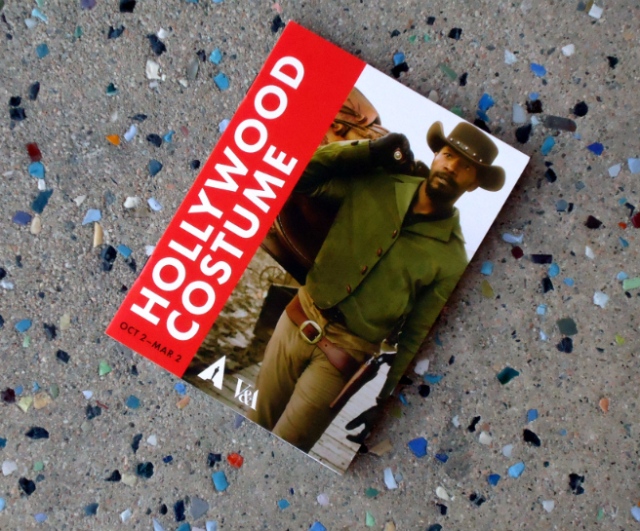 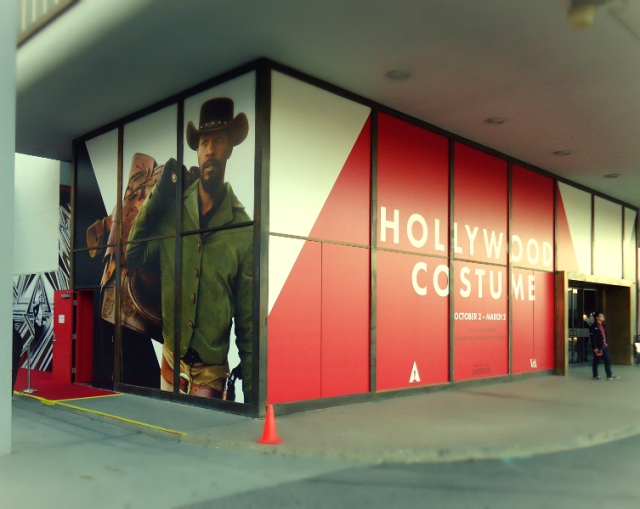 2015 thus far has been kind to me. I’ve spent the last few weeks tackling little projects that I’d put off for far too long. It’s made all the difference, making the new year feel quite productive. Two big things I’ve crossed off my to-do list: de-cluttering/reorganizing my pantry, and finally backing-up all the data from a former laptop that gave out on me (over a year ago!).

That being said, I encourage you NOT to wait until your pantry gets so out of hand that you didn’t notice food that expired a year ago (yuck!) happily stored on your shelves. I would also encourage you to back-up your computer…regularly. Naturally, this is a pretty “duh!” statement. And yet, I didn’t. If you recall, my laptop of 7 fruitful years broke up with me in the Fall of 2013. Let’s just say that it took until January 2015, to finally haul ass to Fry’s to have them extract the data from it. I can now officially move forward from that relationship, the baggage from it (the kind you actually need) in hand.

Then there are those projects that I thought I’d channel my inner “D.I.Y. Martha Stewart” side that went totally awry, not making me feel the least bit productive. Case and point: I have an old-ish vase that currently holds a bamboo plant in my apartment that needed a little sprucing up. I won’t go into too much detail so as to not completely embarrass myself, but I thought the vase would look amazeballs in metallic gold. I was right. The color was/is gorgeous. However, I should’ve practiced my spray painting skills on something beside the actual vase first. I clearly used way too much paint, that effectively dripped liked crazy and dried as such. Needless to say, Martha Stewart would be extremely disappointed in me. I did everything but spruce the vase up.

It’s been awhile since I’ve written a Highlights post and there have been quite a few memorable happenings since we last caught up. Three of which definitely deserve a shout-out:

Full posts to come fleshing out both the costume exhibit and Sweet Butter in the coming weeks on the blog. As you know, it’s my happiness in life to explore new places, try new things…and then give my two cents.

Another weekend is upon us. I hope yours is just fabulous.

See you next week! x