{A new read for a new season.}

What I know for sure? T.G.I.F! I’m happy the weekend is upon us again. And while this sentiment is rather surface compared to what Oprah might say, it’s about as fitting as I can get at the moment. I waited almost a month and a half to grab a hard copy from the wait list at the library, and I can already tell after reading just a few pages so far, it’s going to be something quite special to take in and reflect on. I’m actually considering just buying a copy of my own so that I can add it to my non-growing bookshelf because I made the switch to a Kindle and never looked back (though admittedly, it took awhile to give into digital reading).

I’ve always known when it comes to books, there are just certain reads that work well the good old-fashioned way: with pages that you can turn, and words you can highlight in bright yellow as you make your way through them. It’s no secret that I read a lot, but what you might not know is that I don’t usually buy books in general, unless it’s something I’d like to reference again – it just saves money and space. Thus, I get my fix from being an eternal lover of the local library and use it frequently, but mostly for downloadable titles now.

Side note: I’ve also heard that the “What I Know For Sure” audio book is quite moving because Oprah (and that thoughtful voice of hers) personally reads it.

As I think about this week, I do recall stopping a few times and asking myself “What do you know for sure?” I hope to have a much more eloquent answer as I think more about this (with perhaps a post in the future dedicated to exploring this topic), but one thing that comes to mind as I write this is remembering to always be grateful if you wake up every morning with your health alive and well. It seems medical scares and stories are rampant lately about those who are struggling with what I’m sure most of us take for granted, or don’t take the time to really be mindful of…and that’s good health. So I’ll answer this question, in part, now:

What I know for sure is that if you can get out of the bed with your health in tact, that my friend,  is truly priceless. Take care of yourself. Take care of each other.

Life lately has been good, a little hectic, but overall well. It feels like fall, though almost a month behind the calendar, is slowly starting to join us here in LA. Mornings have been foggy at times, my car windows might need de-frosting before I hit the road, a sweater is almost always necessary, and I successfully dusted off my leather jacket and black boots earlier this week to celebrate the transition. Funny enough, I was talking to my boyfriend about how it just didn’t feel like the Halloween season last weekend. Yes, I have my festive pumpkin lights up, and have indulged in at least 3 pumpkin spice lattes already, but it’s strange (even for LA) to be doing so while wearing sandals, with your A/C on in 95° weather.

Thank goodness this weekend will find it temperate! The plan here is to meet a few co-workers for happy hour tonight, catch what many are calling a sure Best Actor nomination for Michael Keaton in Birdman with my boyfriend and a group of friends on Saturday night, and perhaps a jaunt to the farmers’ market on Sunday to stock-up on produce, and of course, to spend some more time with my girl Oprah.

Have a great weekend ahead! 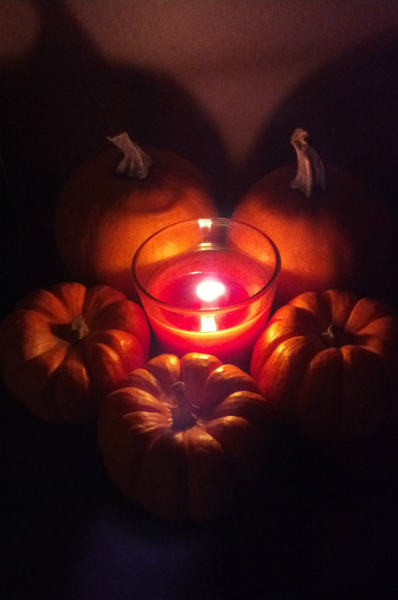 {My boyfriend’s sweet response when I complained about it not feeling “Halloween-y” enough. He brought me 5 mini pumpkins Add a $3 Glade pumpkin-scented candle and things are feeling more appropriate at home while we wait for fall to finally get here.} 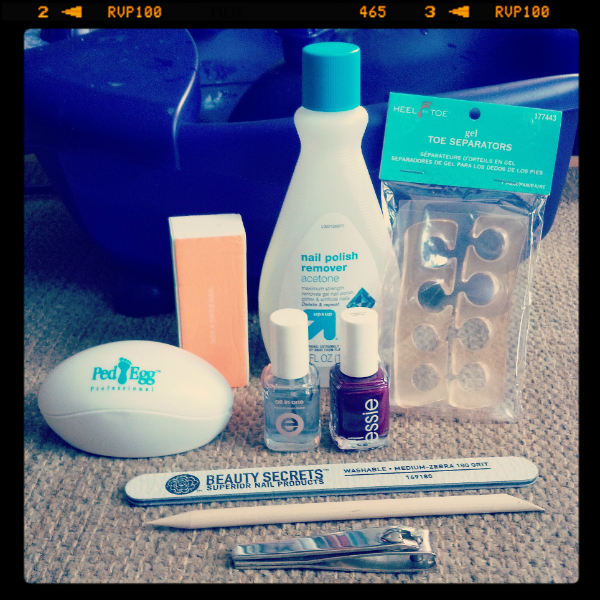 {A Saturday afternoon at home pedi.}

{After years of seeing the line hang out the door, I finally grabbed some of Milk’s famous all-natural homemade ice cream. Yum!}

{A Tuesday date night over drinks.}

As the summer wraps up, at least according to the calendar this Sunday (though I’d give it a few more weeks before we’re in the clear from the next heat wave), I’m finding how ready I am for the change in seasons. Of course, sunshine is never too far away in L.A., but I’m terrified to see my next electric bill after a pretty consistent relationship with my air-conditioner at home over the last month.

This so-called last week of summer found me on a complete roller coaster.

Professionally, it’s been a pretty chaotic, but very productive work week – juggling many different projects happening worldwide; along with a happy highlight of spending some time on-set this week supervising the on-camera interviews we’re filming for a series of short documentaries. I’m finding that I love the diversity of the projects happening right now and I’m even more in love with the fact that my responsibilities are changing in a way that feels like growth (uber important to me at this time in my life when it comes my career).

Personally, since my laptop broke up with me last weekend, much of this week was filled with researching my next move. It’s been a long time since I’ve had to get up to speed on the laptop market in a way that actually matters and, as expected, I’m overwhelmed with the thousands of options out there. Do I go Mac Book Pro or stick with a sleek and more affordable PC? What are my deal-breakers? (I’m just now catching on to how rare it is for a laptop to have an optical drive which I had in the deal breaker column…until yesterday – go figure). And more specifically, what do I need to do financially to shift around expenses to accommodate this unexpected break-up? I have a plan and everything will be okay in the end. While I know my last post spoke of this great revelation in a new perspective on stress – it still bugs me to have to deal with this right now, and therefore, still causes short spurts of it. (I know, I know.)

So I guess the universe decided to send me yet another message.

On Wednesday night after a much-needed yoga class – I sauntered home tired, thinking about computers, scrambling eggs for dinner, and mentally going through what I could watch in my Netflix queue to unwind some. Interestingly, nothing in my queue appealed to me so I started browsing and literally stumbled across the most life-affirming and moving documentary I’ve seen in a while – with a message that perhaps I needed to hear again, in another form, and even more intensely.

What drew me to the film was the unusual title, 65_RedRoses, and once I read the synopsis something pulled me to put it on among the thousands of other options in front of me.

65_RedRoses follows Eva Markvoort, an instantly lovable and highly spirited 23-year-old, whose lungs are failing from cystic fibrosis. The film enters her life during her difficult journey as she waits for a lung transplant, next on the donor list. Watching her struggle with simply breathing, something many of us take for granted, couldn’t be a more powerful way to shift perspective – not only in living life to the fullest, but in the importance of organ donation.

I had no idea how affected I would be by this film and by Eva’s story.

As soon as the film ended, I literally felt myself opening up and relaxing into a mixture of sadness and gratitude. The trivial stuff that I’d been allowing myself to be bothered by from work issues of the day to laptop worries seemed completely unnecessary, and in the grand scheme of things were and are completely fixable – therefore, unimportant.

What I’ve been thinking as I write these words is whether or not it’s a coincidence that the Oprah Winfrey Network logo was at the beginning of the documentary? I mean, twice in one week I’ve come across these messages (granted this type of stuff is very “Oprah”) that I can’t help but somehow interpret as the universe speaking to me, getting me to just relax and change my thinking and my approach.

Since this seems to be a recurring theme this week, I encourage you to see the film if you can. It’s streaming on Netflix and is available on Amazon Instant Video.

I was saddened to hear of Eva’s story, but I was grateful to have heard it. The tagline of the documentary I later found out is simple, yet profound; particularly because it’s literally true: Every breath counts.

With that, I’m entering the weekend with Eva and the universe’s message on my mind, my laptop worries a very distant second.

Have a wonderful weekend.
Candice